Not Afraid: A Vignette from the Life of Betty Stam

Home/Posts/Ladies, Testimonies, Uncategorized/Not Afraid: A Vignette from the Life of Betty Stam
Previous Next

Not Afraid: A Vignette from the Life of Betty Stam 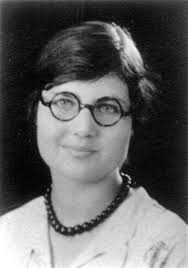 December, 1934:  Carolers sing in America’s streets, and colorful Christmas displays beckon from nearly every home. But across the ocean, on a stark Chinese hillside, a 29-year-old woman and her husband face a completely different environment.

For them, a sea of upturned Asian faces has replaced holiday decorations, and taunting soldiers have been exchanged for carolers’ melodies, while fire in their onlookers’ eyes outshines even the most beautifully-lighted Christmas trees.  Yes, these Chinese masses want only one thing for the foreign white devils:  death.

But for these American missionaries, life hadn’t always appeared so bleak.  And they hadn’t always had trouble with this land or its people.  In fact, the woman, Betty Scott Stam, had grown up as a fun-loving MK (missionary kid) in this very country where she was now considered an enemy.  Her family had once called her “a laughing, clever girl,” who was “always tender and thoughtful.”  But now, reading, playing sports, spending time outdoors, and writing poetry—the things she had enjoyed as a child—dimmed in comparison to the prospect she was facing.

While growing up on the mission field, Betty dreamed of someday returning to China as a missionary.  That’s why she and her younger sister pored over their Chinese language studies for two years.  Then the day came when, at seventeen, she and her family took a six-month vacation to several foreign countries. Egyptian pyramids, English history, and Greek ruins graced the pages of her diary as she filled it eagerly on that trip.  But to China she still planned to return.

However, upon the family’s reentrance into America, inflammatory rheumatism raged through Betty’s body.  Though she lay ill for several months, the girl did not allow sickness to destroy the vivacity with which she faced life.  In fact, poetry flowed from her then as never before.

At last Betty was well enough to enter Wilson College in Pennsylvania.  There she became known as “one of those religious people,” since she sought daily to live for her Savior.  But it wasn’t until about a year later, after she had attended a Bible conference in Keswick, New Jersey, that life assumed a different focus.  She wrote home:

“I have never realized that such victory [in Christ] was possible.  The Way is just Christ—and complete concentration to His will in our lives… It’s as clear as daylight to me that the only worthwhile life is one of unconditional surrender to    God’s will.”

That desire for absolute surrender directed Betty to attend Chicago’s Moody Bible Institute, where she became even more convinced that telling others of Christ was God’s plan for her.  To a younger brother, she wrote:

“Nobody can force a single soul…to turn to Christ.  All that the followers of Jesus have to do…is to lift up Christ before the world….introduce Him to everybody, and live so closely with and in Him that others may see there really is such a Person as Jesus because some human being proves it by being like Him.”

When Betty Scott met John Stam at Moody, she was delighted to find another person whose interests matched so nearly her own.  Both of them loved the Lord and wanted to serve Him in China.  Soon, Betty ventured to China for mission work, while John finished his last year at Bible school.  A year later, they were engaged.

Finally, October 25, 1933, dawned.  Adorned in a crepe wedding gown of white silk, Betty looked beautiful.  Witnesses undoubtedly predicted a happily-ever-after ending for her and John, yet how far from reality that romanticism was!

Little Helen Priscilla arrived on September 11 of the next year.  Bright-eyed and chubby-faced, she brought her parents countless hours of joy.  The months passed happily for the young family until one morning in early December as John sat writing at his desk near the window.  “Things are always happening other than one expects…” he wrote,  “…the Lord help us to be quite satisfied, whatever He sends our way this day.”

Suddenly, a messenger’s shout interrupted John’s pen.  “The Reds are coming!”  the courier exclaimed.  And throughout that day, one panic-stricken courier after another relayed the same news.  But no one expected the Chinese troops to arrive so quickly.           Without warning, a crashing noise from the street below and a steady stream of

soldiers marching down the street confirmed the truth.  How could the enemy have come so quickly?  Was there really no time to escape?

In the midst of what could have been a terrifying situation, John went to the door and spoke peaceably with the soldiers, while Betty prepared for them tea and cakes!  But the Reds led these “foreign devils” to that lonely hillside which would be their place of ultimate sacrifice.

As their footsteps resounded stonily in the brisk winter air, Betty may have contemplated this poem she had penned sometime earlier:

To feel the spirit’s glad release?
To pass from pain to perfect peace,

The strife and strain of life to cease?
Afraid—of that?

Afraid to see the Savior’s face,

To hear His welcome, and to trace

The glory gleam from wounds of grace?
Afraid—of that?

A flash, a crash, a pierced heart;

A wound of His counterpart!

To do by death what life could not—

Baptize with blood a stony plot,

Till souls should blossom from the spot?
Afraid—of that?”

Afraid?  No, Betty Stam was not afraid.  At that Keswick Conference years ago, she had claimed Philippians 1:21:  “For me to live is Christ, and to die is gain” (KJV).  She was not afraid.

On that cold morning in December, 1934, as Americans celebrated the holiday season, John and Betty gave their lives for the Christ of Christmas.  The Babe Whose birthday many celebrated had brought them to this dark corner of earth to spread His good news to many souls.

And, in turn, they had given Him the ultimate sacrifice:  their lives.