Behind the MRI: Dr. Raymond Damadian

Behind the MRI: Dr. Raymond Damadian

Science and the God of the Bible

on how the MRI works, as well as on science, creation, evolution, God, Jesus Christ, and the Bible.

The Life of Dr. Raymond Damadian

The MRI (Magnetic Resonance Imaging) scanner (a technology originally called NMR, Nuclear Magnetic Resonance, and out of which developed Diffusion-Weighted Imaging [DWI or DW-MRI]) was designed by Dr. Raymond Damadian.  Born in 1936 in Queens, New York, Dr. Damadian graduated in 1956 from the University of Wisconsin early at the age of twenty, having won the prestigious Ford Foundation Scholarship for advanced placement in College without having to complete high school.  He completed his M. D. from the Albert Einstein College of Medicine in New York in 1960. In 1967 he entered research medicine instead of clinical practice, concluding that he could help millions through research instead of thousands as a clinician.  He completed his postdoctoral studies between 1962 and 1967 at the Washington University School of Medicine and at Harvard Medical School.  In 1969, while conducting research on sodium and potassium regulation by the cell as a Professor in the Department of Internal Medicine of State University of New York, he proposed an idea for detecting early stages of cancer after discovering that Nuclear Magnetic Resonance Imaging was able to detect differences in cancerous and non-cancerous cells.  During his education, he found that the the secular humanism, atheism, and evolution that he had been convinced of were false, and turned to Jesus Christ, Biblical Christianity, and creation. 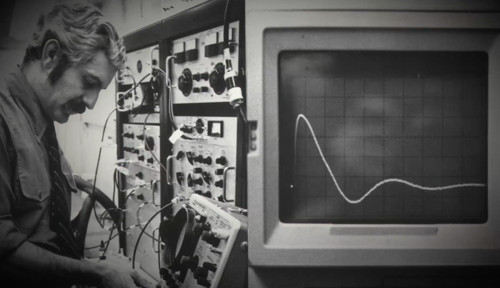 Dr. Damadian consequently sought to develop an instrument “that can be used to scan the human body externally for early signs of malignancy,” envisioning that “detection of internal tumors during the earliest stages of their genesis should bring us very close to the total eradication of this disease.”  In 1977, he finally achieved success when the first ever MRI image was made by Dr. Damadian and his two colleagues on July 3 at 4:45 am. The road to realizing this vision was a difficult one, with limited resources and funds, with some scoffing at the idea, and with others building on his findings without due recognition of his work. 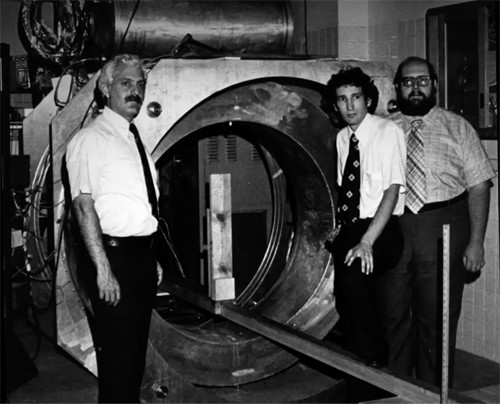 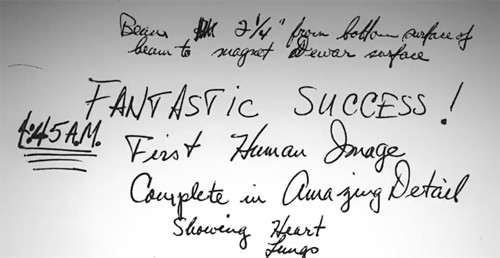 In 1988, Dr. Damadian received the National Medal of Technology from President Ronald Reagan. 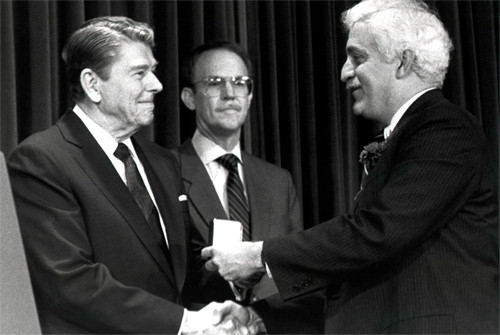 In 1989, he was inducted into the National Inventors Hall of Fame by President George W. Bush.  He received the Lifetime Achievement Award in 2001 from MIT, the Innovation Award in Bioscience in 2003 from the Economist, and the Bower Award in Business Leadership in 2004 by the Franklin Institute.  He would have received the Nobel Prize in 2004 for his invention of the MRI, but was denied the prize because, at least in part, he rejected evolution in favor of creation (see also here).

An Excerpt from Behind the MRI

THIS SECTION OF THIS WEBPAGE IS UNDER CONSTRUCTION.

Behind the MRI was produced, written, and directed by Dr. Shem Dharampaul and narrated by Steven MacDonald.  Its camera, animation, video, and sound editing work were by Jonathan Cloud.  This video is reproduced on this website by permission.  Much of the information on this webpage is derived from http://mrimovie.ca/.  The video may be freely distributed and reproduced in an unaltered state as long as an acknowledgment of its source have come from https://faithsaves.net/mri/.

Science and the God of the Bible