I am a Pigeon: A Manifesto for Marriage Equality, Animal, Gay, Lesbian, Trangender, and Transspecies Rights

Home/Posts/Politics/I am a Pigeon: A Manifesto for Marriage Equality, Animal, Gay, Lesbian, Trangender, and Transspecies Rights
Previous Next

I am a Pigeon: A Manifesto for Marriage Equality, Animal, Gay, Lesbian, Trangender, and Transspecies Rights

I am a Pigeon: A Manifesto for Marriage Equality, Animal, Gay, Lesbian, Transgender, and Transspecies Rights 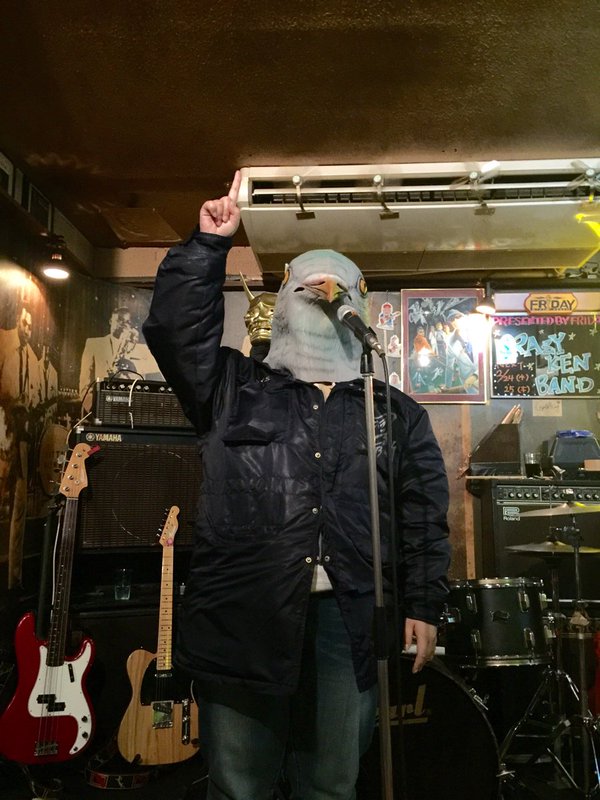 As the sexual revolution continues to make progress in the United States, spearheaded by whatever five members of the Supreme Court happen to think at the moment, whatever laws an executive branch regulatory agency passes without Congressional authority, and whatever new ideas tenured Marxists and media moguls wish to propagate, it is time for the next frontier in the revolution to take place.  It is time for those—like me—who identify as pigeons to be accorded our equal rights in society.

It is true that my birth certificate states that I am a man.  It is true that every cell in my body screams out that I am a male human being.  No matter—my species identity is different from this.  Alternative gender identities are so, like, yesterday.  Species identity is where the really cool stuff is.  Queer species identity is the new alternative lifestyle, and we are coming out of the closet.  After all, there is no room for us in the closet anymore, as we have shoved into the closet the Bible, nuns who do not want to pay for abortifacients, bakers and photographers who want to obey their conscience, and people who think God’s plan is one man and one woman for life.  Such passé ideas must no longer be tolerated in the public square, and the old First Amendment protections for free exercise of religion must fade away before the new rights to debauchery without consequences and without criticism, these new rights not being given by God (for His ideas about sexual morality are not a little different) but by the majority of our nine black-robed gods and by lawless presidential and bureaucratic, extra-congressional diktat.

In accordance with my species identity, I no longer only want to be able to use whatever restroom and locker room tickles my fancy.  That is not enough—indeed, merely allowing me to violate the privacy and safety of the 99.999% who think my species identity is bird-brained nonsense is to compromise my constitutional rights.  It is no longer enough for me to defile the minds of little girls by stripping naked in front of them in their locker rooms.  I now demand the right to be able to use the bathroom on whatever car in the company parking lot I desire, as do my fellow Pigeon-Americans.  I demand the right to vote—in at least one polling place, perhaps in several, without showing an ID (and for Democrats, of course)—on the behalf of all of my fellow pigeons, who have been cut out from the political process for too long.  Pigeon-Americans must join the ranks of the LGBTQWKWVVC (Lesbian-Gay-Bi-Trans-Queer-Who-Knows-What-Very-Very-Confused), those on the government dole, the dead (who consistently vote nearly 100% Democrat except when their voting rights are unconstitutionally restricted), and other ne’er-do-well and downcast womyn, male-oppressors, and both-neithers, who have seen the light through years of educational and media indoctrination (and some medical marijuanna) and who together form the core of the Democrat party’s base.  I also demand the right to marry another pigeon, and demand that I receive the tax benefits, inheritance rights, adoption rights, and all other privileges of natural marriage when I do so—I must be free to marry whomever, or whatever species, I love.  The egg of marriage equality will not be fully hatched until bestiality is made equal to fornication, adultery, polygamy, sodomy, sadomasichism, molestation of the underage, and whatever else my lusts desire—all of which must be accorded exactly the same legal rights as natural marriage.  I demand, not only the ability to use whatever locker room and bathroom I desire, as well as the ability to go on your car, from the top of tall buildings, on your head, and wherever else I want whenever I want, but also that you pay for my $100,000 species-reassignment surgury with your tax dollars.  Furthermore, I demand that any doctor who cannot in good conscience mutilate my body and surgically implant feathers on me have no conscience protections, but be fired immediately, if not arrested.  I also demand quotas in college admissions and employment for Pigeon-Americans—if we are not represented at your business at an exactly equal level to the ratio of pigeons to people in your city, we will sue you into bankrupcy for discriminating against us.  Not only so, but if you DARE to even SUGGEST that I am a man, and not a pigeon, I demand that your hate speech be punished with long prison sentences, forfiture of all your property, and—what may be an even worse punishment—hours and hours of diversity and sensitivity training saturated with leftist drivel.  Indeed, you will not be allowed to even dare to think—not for the smallest fraction of a second—that I am not a pigeon.  Such hate-thoughts will lead you to micro-aggressions that will be punished severely.  Furthermore, all dissent from my equal status as a Pigeon-American must be crushed.  In the public schools you are funding with your tax dollars, we will teach that if a five-year-old boy thinks he is a girl, or a pigeon, or a Big Bird, or an elephant, or a dolphin, or a Cookie Monster, or a cockroach, that such ideas are natural and healthy, and we will, without parental consent, chop off arms, legs, or whatever other members are necessary to surgically make impressionable young people conform on the outside as nearly as possible to whatever gender or species identity their flights of fancy have led them to.  (It will take a lot of time to convince the children that such unnatural absurdities are true, so we will drop—if it has not already been done—the teaching of Read’n, ‘Ritin’, and ‘Rithmetic to make sure that the youth are Politically Correct and Species Sensitive.)  If you go to a private school and your teachers dare to call me a man, not a bird, we will take away your accreditation and force your school to shut its doors.  Finally, if you homeschool and dare to call me a man, we will take your kids away from you.  Passing on such anti-bird species hatred will not be tolerated, but crushed with an iron fist, in our tolerant and diverse society.

We are slouching towards Gomorrah very quickly as a country—it was only in 2003 that the gods on our Supreme Court struck down anti-sodomy laws, and a mere ten years later that they found a penumbra of an implication of a hypothesis of a will-‘o-the-wisp that proves that there is a constitutional right for men to marry other men.  We Pigeon-Americas are expecting our rights to be vindicated very soon, even if it means the end of your freedom and the final and utter destruction of constitutional liberty for ungodly, lascivious, and immoral tyranny.

It will happen sooner than you think.